Average Private Pension will run out in 5 years! [Part 3] 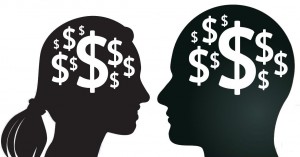 According to new figures from financial services company True Potential, savers in the UK have added an average of £2,671.60 towards their pension pots of the last 12 months.

That may sound like a substantial amount, but the truth is that over twenty years of retirement saving, that would only provide £6,011 a year to live on. The average desired income in retirement is more like £23,500 a year, which just shows how massive the shortfall is.

The good news is that people in the UK are starting to heed the warnings and are slowly stashing away a steadily increasing amount of cash towards their retirement. However, it seems the gender gap is still playing a massive part in this story, with women continuing to put away substantially less than their male counterparts.

It seems that where you are from also effects the amount you save, with savers in Northern Ireland building funds that were only substantial enough to last three and a half years. Scottish savers could expect their savings to last up to five years, Welsh savers just four and Londoners five and a half years.

Don’t become another statistic. Wherever you are from, whether you are male or female, make sure that you have a plan for an independent future.

[Are you saving enough?]

[What about the State Pension?]