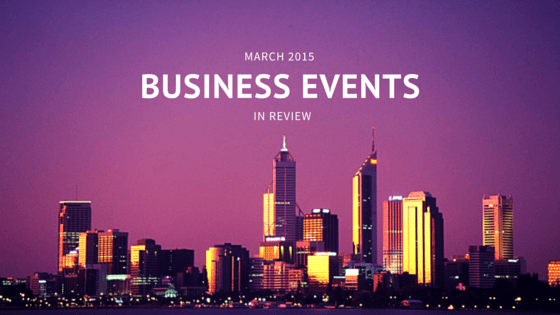 • In a big victory for the City of London, a court in the European Union overturned a decision by the European Central Bank that would have forced clearing houses to relocate their euro-denominated business to within the euro zone.

• Actavis, a drugs company, issued $21 billion in bonds, making it the second-biggest corporate-debt offering to date (behind Verizon’s $49 billion bond sale in 2013).

• A German court ordered Jürgen Fitschen, one of the two co-chief executives at Deutsche Bank, to stand trial next month in the legal saga related to the collapse of the Kirch media group in 2002.

• AbbVie, a drugs company that ditched a bid for Britain’s Shire last year after the American Treasury changed the rules on inversion takeovers, agreed to buy Pharmacyclics, which specialises in cancer treatments, in a $21 billion deal.

• Toyota took steps to diversify senior management by appointing its first non-Japanese vice-president as well as its first foreign female executive and first African- American executive (the latter two are based in America).

• The British government sold its 40% stake in Eurostar, which runs trains through the Channel Tunnel connecting Britain and France, to an Anglo-Canadian consortium.

• Uber, a ride-sharing firm, made its first significant acquisition by agreeing to buy deCarta, a startup specialising in navigation tools for maps.

• Annual sales of smartphones exceeded 1 billion for the first time in 2014, according to Gartner, a research firm.

• Apple rolled out its first entirely new product since the death in 2011 of Steve Jobs, its founder. Apple Watch, which will go on sale next month, can be used to make payments, monitor heart rates and check e-mail.

• All of America’s big banks passed the Fed’s stress tests for the first time since the annual examination of their capital buffers was introduced in 2009. But Goldman Sachs, JPMorgan Chase and Morgan Stanley had to modify their plans to return capital to shareholders.

• Tidjane Thiam was appointed as chief executive of Credit Suisse. He will take over from Brady Dougan in June. The Swiss bank poached Mr Thiam from Prudential, a big British insurer that he has led successfully since 2009.

• TSB, a British bank that floated on the stock market last year after being spun off from Lloyds Banking Group, received a takeover bid from Sabadell, Spain’s fifth-largest bank. Lloyds still owns half of TSB.

• General Motors said that it would launch a $5 billion share buy-back plan, a concession to demands from a group of activist hedge funds that last month pressured the carmaker to return $8 billion to investors.

• Jack Lew warned that America’s “international credibility and influence are being threatened” by Congress’s reluctance to approve reforms to the IMF that would give China a greater role. The Treasury secretary spoke after Britain, France, Germany and Italy signed up to the new Asian Infrastructure Investment Bank that has been proposed by China.

• Valeant clinched a $15.8 billion deal to buy Salix after raising its offer to fend off a rival bid. Securing the deal will be a relief to Valeant, which was thwarted in its pursuit of Allergan, the maker of Botox.

• In a potentially huge breach of medical records, Premera Blue Cross, a health insurer, said that clinical data about its 11m customers may have been hacked in May last year, which it discovered only in January.

• Facebook launched a payments service through which users can send money to one another via its instant-messaging app. Its foray into mobile payments is not a surprise. Last year Facebook hired David Marcus, who headed PayPal at the time, to run its Messenger app.

• Nintendo said that it would develop games to play on mobile devices. For years the Japanese firm has resisted mobile gaming, instead distributing games such as “Super Mario Brothers” and “The Legend of Zelda” through its consoles.

• Getting a coffee at Starbucks got a little more complicated when it launched a campaign to encourage its staff to discuss race issues with customers.

• China National Chemical Corporation bought a stake in Pirelli, an Italian tyre company which supplies the rubber for Formula One cars, with a view to taking full control.

• American regulators rejected the “living wills” of subsidiaries owned by three foreign banks. HSBC and Royal Bank of Scotland, two British banks, and BNP Paribas, a French one, were told to resubmit their plans about how they would unwind if faced with bankruptcy, after they were found to contain “shortcomings”, including “unrealistic” assumptions about customer behaviour.

• Schlumberger, the world’s biggest oilfield- services company, agreed to plead guilty and pay $233m in a deal with America’s Justice Department for violating sanctions by providing drilling equipment to Sudan and Iran between 2004 and 2010.

• Google appointed Ruth Porat as its next chief financial officer, a position she currently holds at Morgan Stanley.

• Amazon complained to a Senate committee about the slow process for approving tests on commercial drone flights in America, describing it as “inadequate”, especially compared with other countries.

Partner & Member of the Investment Committee